Find out when is the next ferry to Lastovo.

Do you have a question? Send us a message!.

Farm household/winery “Pod pinjule”  is located in the “heart” of the island on the way between Lastovo and Skrivena Luka. In this unique atmosphere, you can taste wines paired with dishes of local cuisine.They have their own cultivation of fruit and vegetables.. 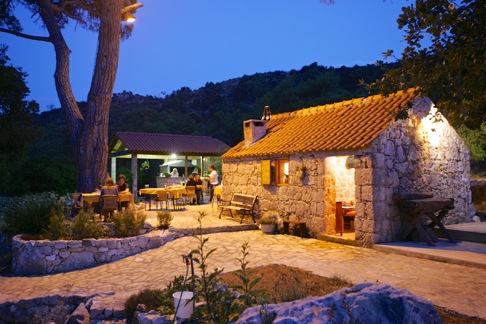 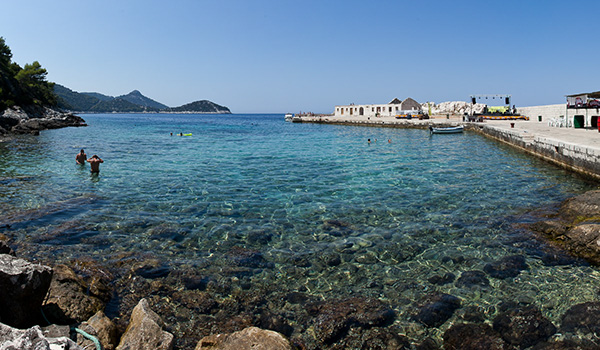 Approximately 1 km from Lastovo's centre is the locally famous beach Mihajla. The pier features an old olive oil mill next to a volley ball court perfect for working up a sweat before jumping off the pier into the sea. Located next the entrance of the pier is café 'Mihajla', perfect for a coffee after a morning swim, refreshing drinks throughout the day or an ice-cream to watch the sunset. The shore allows for an easy access into the water with minimal shade.

Lučica Cove is situated approximately 1 km from Lastovo's centre. It was originally a small fishing village and its old charm is still present today. The houses provide shade both in the morning and afternoon and the swimming area is conveniently unshaded. It is a popular location for young families with an easy walk-in access into the sea and for all who love to dive into the sea from the pier or climb in on the provided ladders.

Zace is a cove located on the north-east side of the island. Entry into the see is via a small pebble unshaded shore so sea shoes are recommended. Zace is suitable for families, the elderly and couples looking for a romantic and secluded spot.

Barje Cove can be reached by car or bike with an asphalted road and scenic route alongside vineyards and olive groves followed by approximately 200 meters of a macadam road which ultimately leads to the seaside parking. Its two houses offer shade and its pier provides entries into the sea and onlooks some of the smaller islands of the archipelago. It is perfect for all who desire a private, quiet and peaceful day by the sea. 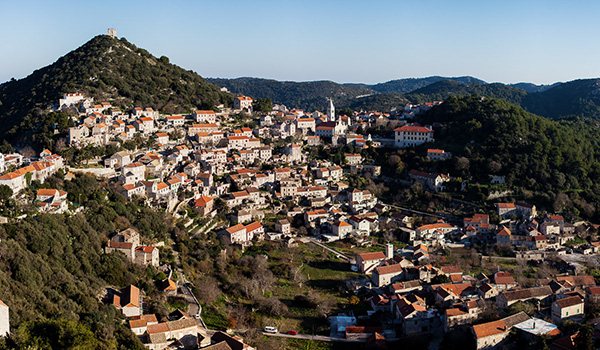 Lastovo's old town is located under high peaks which form the base of the amphitheatrically shaped settlement. The town consists of medieval family houses full of character dating from the 15th and 16th centuries. Each house is featured with Lastovo's famous trademark chimneys known as Fumari . The chimney tops are each distinct in appearance and are decorated with cone tops, animal horns or portrait busts of a neighbor's head meant to mock them which (as some may consider) could be reflecting on the "thick skin" or good humor of the islanders still present today. Some houses also feature terraces called Sulari which give a beautiful view of each side of the town. Stone steps or Skalinade branch through the houses and lead to the main church and centre.

Do you have a question? Contact the owner directly through this form.

Are you satisfied with our service? Leave us your comment and rating.

Did you know that on Lastovo there are more that 200 km of walking paths?